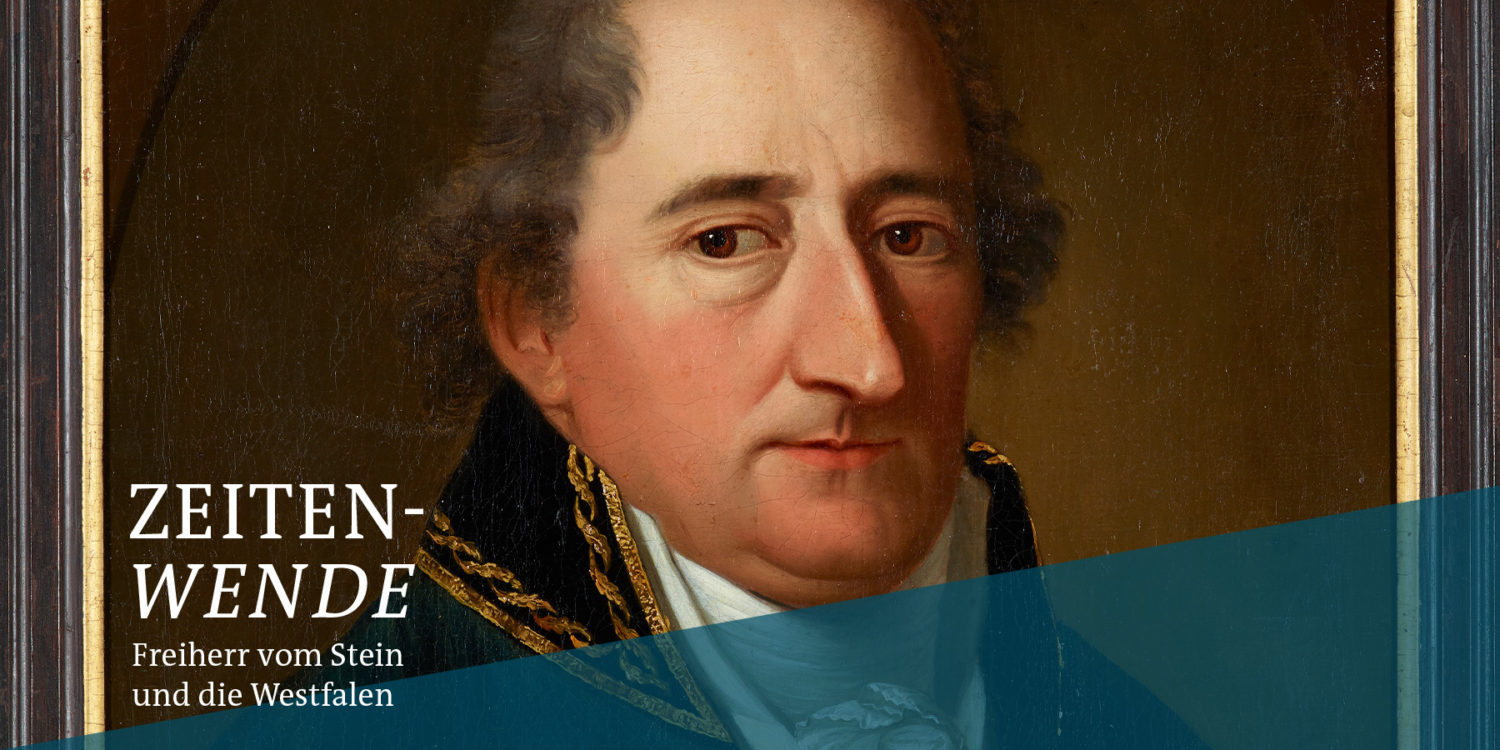 Freiherr vom Stein (1757 – 1831), reformer during the era of the Prussian Crown, around 1800 exerted great social and political influence on the entire Westphalian population and its changing human image.  In a period of transition, society was influenced by French foreign rule and the ideas of Enlightenment. With his October edict of 1807, Freiherr vom Stein initiated the liberation of peasants, and already in the following year, he established local self-government with his decree of city ordinance.

Main topic of the exhibition is the period from about 1751 to 1848 focussing mainly on the historico-cultural and political significance for the Münsterland region with the then District of Lüdinghausen and the former District of Coesfeld. Portraits of different protagonists reflect the political interplay of the times and typify its society and human image, with a special eye on the representatives of the Westphalian nobility and their families. Portraits of the aristocrats illustrate the change in self-perception and family image of an entire class. Split by diverse interests, influenced by old traditions as well as a new spirit, it was important to master the transition and create a life balance, so as not to lose power, prestige and status, as well as estate and family.

A large number of fascinating exhibits offer an inside view into the lives of various population groups such as the aspiring middle classes, the peasantry and the military. During the times of changing occupying forces the military is not only represented by military objects, but also by two commemorative plaques for Prussian Landwehr soldiers killed in action.

Here you can go for a walk through our exhibition in a digital way: